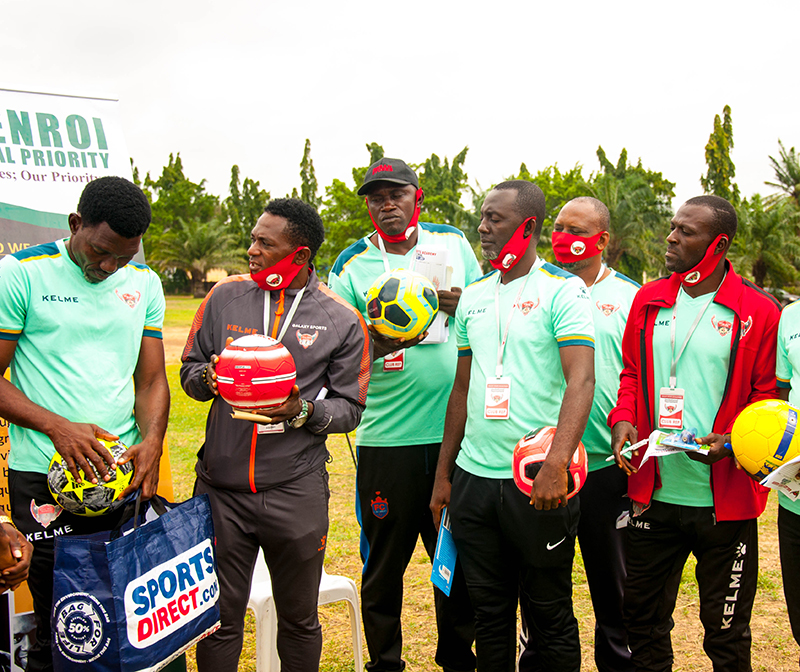 Thursday morning of August 6, 2020 was a day for new beginnings, marked by spectacle and exhibition at the football field situated with the premises of Government Model College, Makurdi which played host to a week-long trial tournament organized by Galaxy Sports Academy, founded by Mr. Austin Akpehe with many participants from all over Nigeria in attendance.

A team of six members led by Annakar Hallelujah Tor were present to witness this event on behalf of Menroi Rural Priority Foundation and lend support to Mr. Akpehe’s efforts to encourage participation in sports at the grassroots level. The team from Menroi were also treated to exhibition matches as the players on trials showcased their skills to the scouts and coaches who were out to discover new stars for the future and offer them the opportunity to be part of the exciting project going on at the Galaxy Sports Academy.

After a few exhibition matches, the Menroi team presented five leather balls, three ball pumps and the cash sum of #20,000.00 (Twenty Thousand Naira) as Menroi’s support towards the Academy and the development of the players. The team also thanked the conveners for organizing the trials which will serve as an opportunity for several youths to showcase their talents and build on their footballing careers, while also offering them a route away from crime and other social vices that is prevalent in the communities they come from.

Expressing his gratitude for the contributions made by Menroi Rural Priority Foundation to the academy, Mr. Austin Akpehe expresses his heartfelt gratitude to the team and urged the team members to keep up the good work and continue in their dedication towards rural development in the hope of one day becoming shining ambassadors of Nigeria across the globe like Dr. Kohol Shadrach Iornem and several others.

Annakar Hallelujah Tor also spoke with a cross section of the press, commending the efforts made by Mr. Austin Akpehe and his Academy and also giving a background of what Menroi is about and the strides made by the Foundation in the rural communities around.

At about 11am, the Menroi team said their goodbyes and wished the trialists success in their endeavors.

Dr Kohol Shadrach Iornem is currently the Director of Programmes at London Graduate School. He is responsible for organising education development for executives and individuals interested in career development. He is also a Visiting Lecturer at the International Foundation Group London, where he teaches Business Management and Study Skills to students enrolled on the undergraduate and postgraduate programmes. Kohol holds prestigious academic degrees: he is a graduate of Metallurgical Engineering from the Ahmadu Bello University, Nigeria. He also holds two Postgraduate Diplomas - one in Management Studies from Albion College – where he graduated with a Distinction and earning the best student in his class recognition in 2010 and the other in Business Management from the London School of Commerce. He also holds an MBA (specialising in Finance) from the University of Wales Institute Cardiff. However, for Kohol, the horizons were expanding, and he continued his studies at Cardiff Metropolitan University, earning the university’s PhD in Management in 2017. Kohol is a certified management consultant, a Fellow of the Institute of Management Consultants, a Member of the British Academy of Management (BAM) UK and a Member of the Institute of Management Specialist UK. Kohol’s literary skills and academic knowledge has flowed into several international journals. 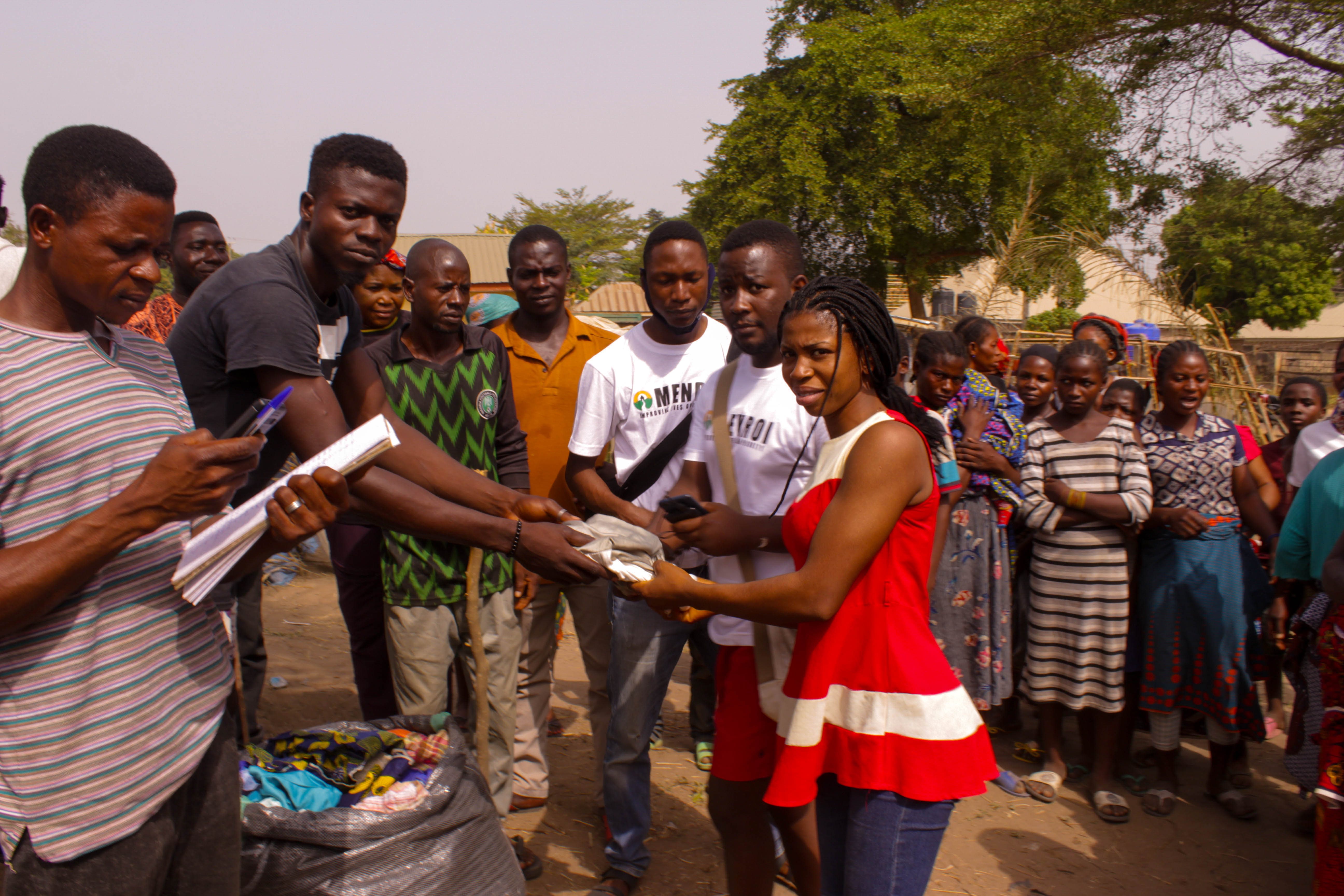 Young girls in the rural communities lack basic knowledge of menstrual health and hygiene. They have no idea on... read more 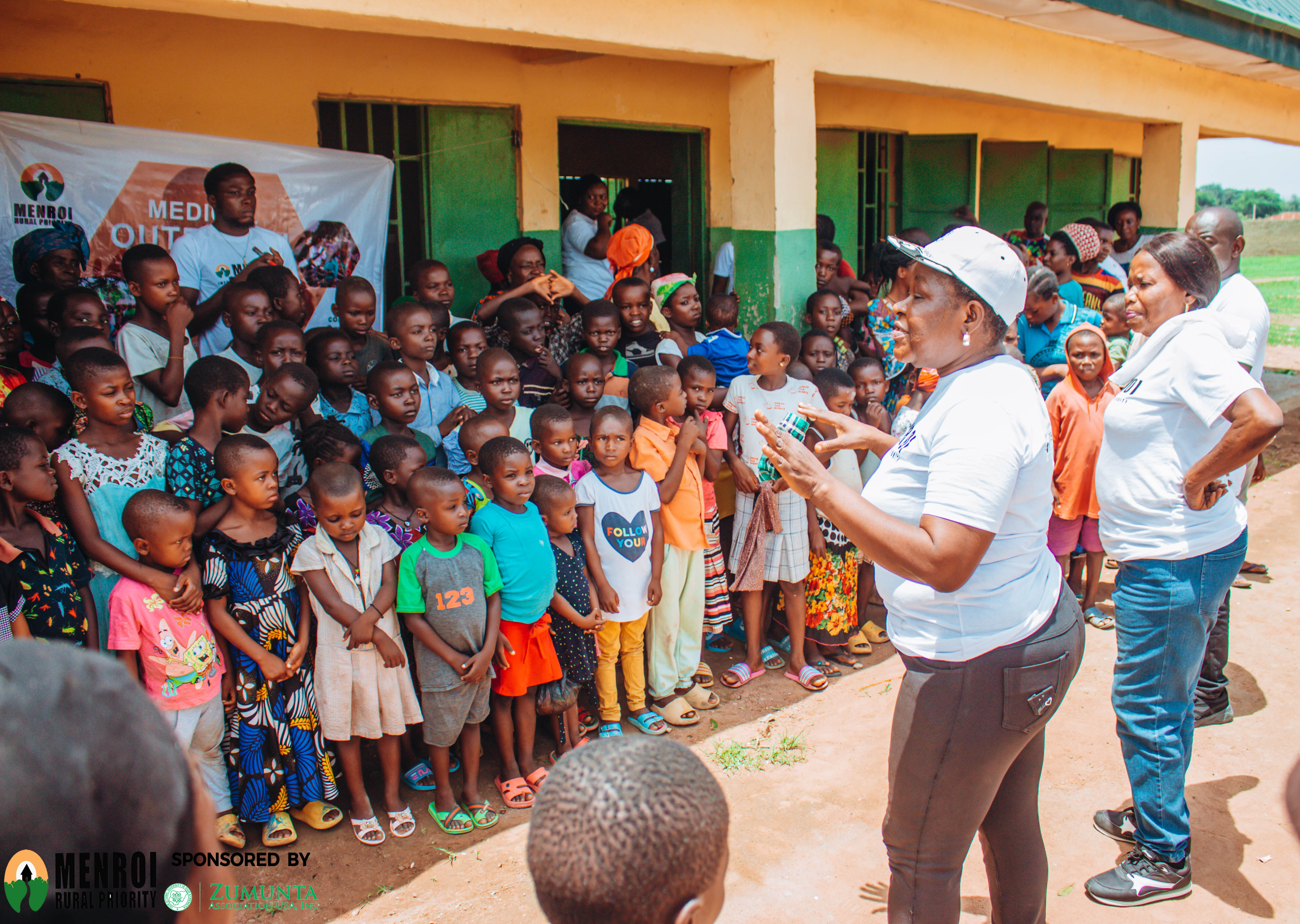 Over 150 women, children and men in the historic Benue town of Jato-Aka in Kwande Local Government Area found... read more 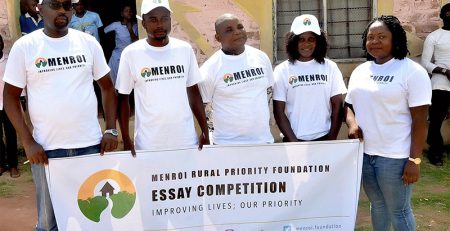 Menroi Rural Priority Foundation organised a second essay competition in Lessel, Ushongo LGA on the 7th of December 2018. A total of... read more 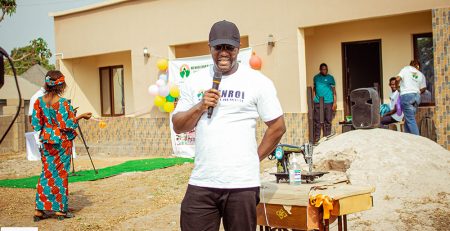 Menroi Rural Priority Foundation over the past two years have been supporting small business owners through their interest-free loan... read more 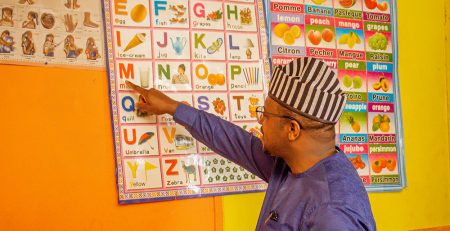